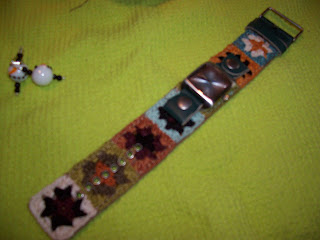 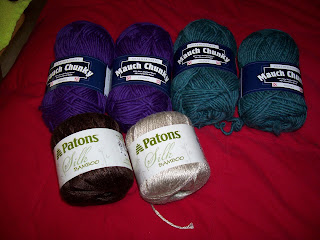 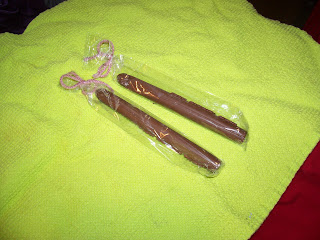 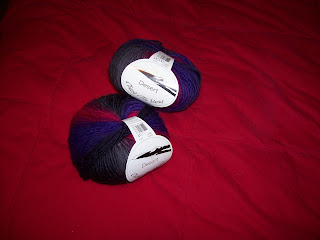 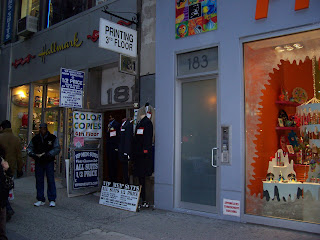 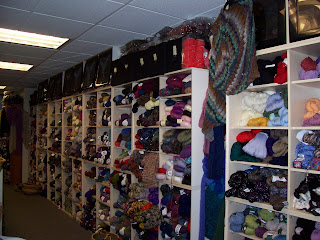 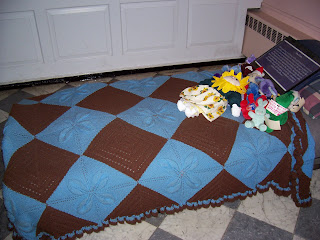 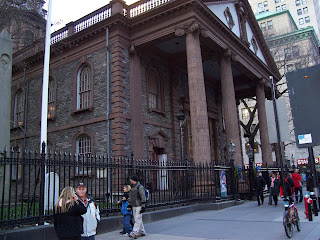 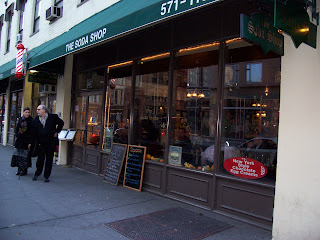 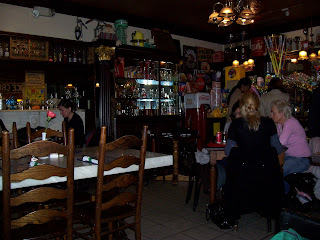 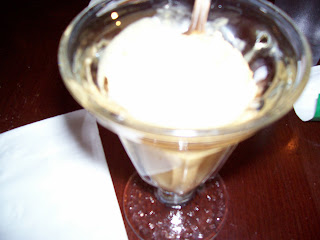 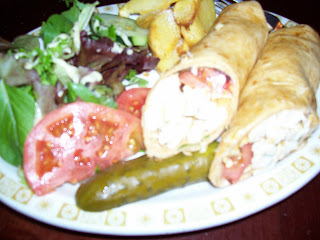 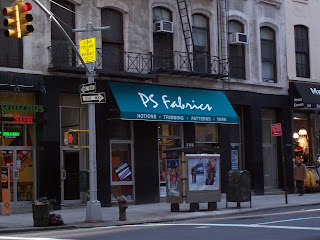 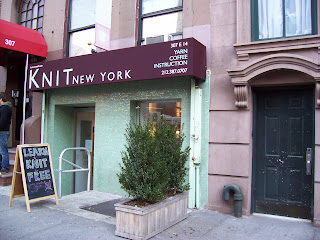 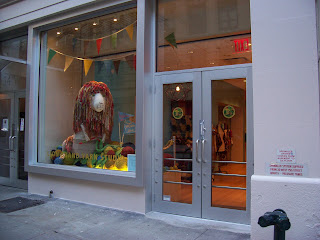 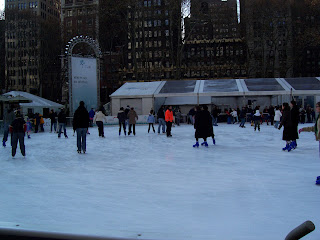 Yesterday I went to NYC. Our district provides a free bus for employees. I went last year and it was alot of fun, it'e early, but alot of fun.

Really if things had turned out differently, I might be living in NY. I love the city. My dad was born and raised there and my aunt lived in Brooklyn until about 10 years ago. She and my uncle retired to Florida. Every Thanksgiving, until I was in high school, we spent it at my Aunt Kathy and Uncle Bill's house in Brooklyn. We went to the Macy's Day Parade. They are actually some of my favorite childhood memories. It's sad now to go to the city and not see them. I haven't seen them since they moved.

I had a great time. Danae and Dave went and I hung out with them for a bit. We got into the city about 9:00 and were dropped off at Rockfeller Center. I forgot to take a pic of the tree. We had a quick bite at McDonald's. Then we walked around Bryant Park. Then they decided to go to Canal St and I was on a search for the Lion Brand Store. We took the same train to 14th Street where I got off. I found the store on 15th Street. It's a cute store, but have the same yarns I can get here and were a bit more pricier. They were very friendly there. I bought 2 chocolate hooks, though. One for me and one for my Snarky SP.

Then I realized I was close to Knit NY on East 14th Street, so headed that way. It was a very "boutique" yarn store and I did not find it very friendly. They had some nice yarn, but nothing I haven't seen before from some of the LYS's up here. They did have some Misti Alpaca which I LOVE! But did not buy...

Then I went down to Canal Street. I wanted to get a few things for some people on the 'Ville. I wandered around a bit and found myself, I believe in the garment district. Ran across a shop called PS Fabrics. It advertised yarn, so I went in. I bought 4 skeins of a chunky wool and 2 skeins of silk bamboo. Bamboo is one of my favorite fibers to work with.

I eventually ended up on Chambers Street. I spotted a cool place to eat and went into The Soda Shop http://www.sodashopnewyork.com/Home.html. It was a great little place. I did end up moving though, since a larger group came in right behind me, so I was asked if I could move to a smaller table. No problem. I had a chicken ceasar wrap and it was really good. I loved that place and will probably go back. I did take pics of my meal, like Joe Mallozzi. They didn't come out great though. I also had some pumpkin ice cream. It was yummy.

Then I made my way to Seaport Yarns. They had moved and were now on Broadway. They were still in a business building, which is kinda weird, on the fifth floor. But they were the friendliest yarn place I visited. Next year, I will definetely go back. Andrea the owner even offered me the bathroom before I left and gave me directions to get back to 8th Avenue.

I took a detour over to see Ground Zero, I had been there in 2003. Can't really see much of it, as there is a high fence up with tarps on it. Before I went to Seaport Yarns I did stop at St. Pauls' Chapel. http://www.saintpaulschapel.org/ They have a very moving exhibit up of September 11 and the aftermath. I lit a candle for Billy there.

Then I made my way up to 8th Avenue and hung around, shopped a bit. Found a Fossil store and bought a new watch. It's crocheted!!! Had to get it! Got a Peppermint hot chocolate at Starbucks and people watched until the bus picked us up.

Well while perusing Ashley's blog and reading about Jack, she happened to mention a quilt giveaway. Here at http://camilleroskelley.typepad.com/simplify/2008/11/feeling-lucky.html Camille is giving away a quilt, but it ends today...
Posted by Gracey is not my name.... at 11:59 AM No comments: So today I met Shelly aka Super Granny from Crochetville. She was visiting her daughter near NYC and we met halfway in Danbury. It was a really nice visit and I was so excited to finally meet one of my "Yarners" as DH calls them. We took a pic by the carousel before she left to drive back to NY. It was a good afternoon. After that I stopped by the LYS in Bethel. This was my first time I had been, as it is very far away. It was a nice store, smaller than the couple I go to up here. They were very pleasant and did not seem "crochet unfriendly" I have not picked up my hook all week as it has been conference time. i've been working on correcting papers and finishing report cards. I have 7 more to finish for my conferences on Tuesday. I will do some correcting tomorrow....
Posted by Gracey is not my name.... at 8:40 PM 1 comment: 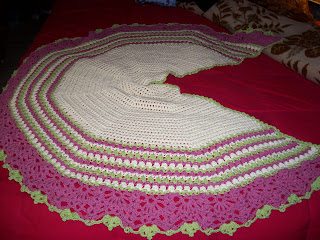 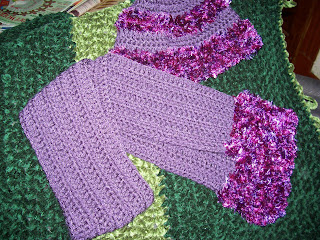 Last couple of things I have finished. First I made Lia a hat and scarf set. I felt bad that the ghost didn't fit her and she was so excited about it. Ryan said she LOVED it and fell asleep with the scarf wrapped around her head. I also finally finished the Coco Bay scarf. It is a Doris Chan design and I love it. It needs to be blocked. It's very springy...
Posted by Gracey is not my name.... at 2:53 PM No comments: 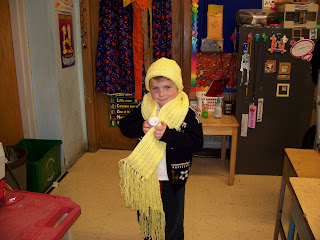 Got a pic of Aiden in with his Glow in the Dark scarf and hat set. He's got a black eye that his puppy Phoenix gave him the other day. He seemed to like it....

Went to vote this morning, was pretty quick. Guess I hit it at a good time. Went to Supernatural for lunch.....

Was gonna go to school to work in my classroom, but woke up with a bad sinus headache. So just vegging at home. Will do some correcting and crocheting today...
Posted by Gracey is not my name.... at 1:52 PM No comments: 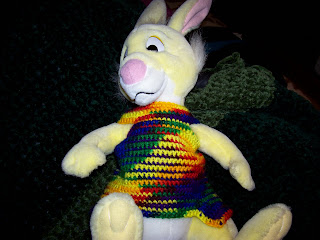 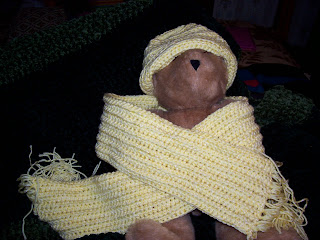 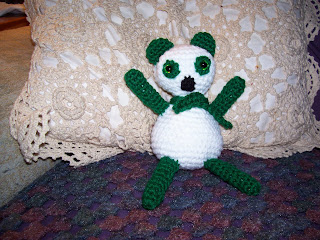 So these are the latest projects I completed. One is a sweater for Jenn's chi, Tony. It is made with red Heart Mexicana. It is my own design. The scarf and hat set are for Aiden and are made with Bernat Glow in the Dark yarn and another Bernat yarn. Last is the ami bear that I made my swap partner Charity. I think it's darn cute! Off to bed..
Posted by Gracey is not my name.... at 9:51 PM No comments:

Tonight I am working on Jenn's dog sweater for Tony. I am also working on Aiden's glow in the dark scarf. I have the hat finished...Let's see what has been worked on since the last time I posted...I am sewing together the panels of my games ghan, somehow the varigated aren't as long as the aran, so I have to add rows to them. That's gonna take awhile....
Posted by Gracey is not my name.... at 7:30 PM No comments: