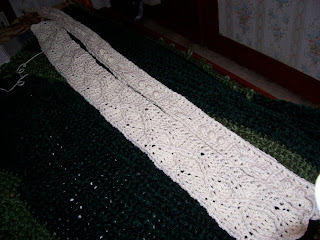 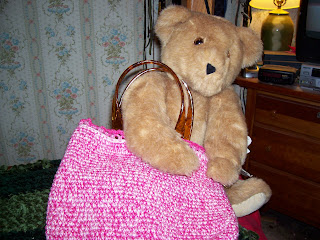 Well on Saturday I spent about 2 hours with Libby at my local LYS. I was having a one-to-one lesson on color changing for the blanket I am making Aiden. It is working much better now. I might actually finish it! Which would be a shock, since I have a ton of things planned for Aiden, but have only managed to finish one thing when he was smaller.

I also got myself a new fancy phone. I love it! I no longer have phone envy.

I finished a few pieces. Most notably the pink purse I've been working on since last May. I've used it since Friday and got lots of compliments on it! It took so long and was hard on the hands. I also wore my Coco Bay Shawl, design by Doris Chan, on Friday and received several compliments. Both projects, I believe were made out of the same yarn, but came out so differently...
Here is a pic of the bag and the two strips that I have finished for the Aran.
Posted by Gracey is not my name.... at 9:10 PM No comments: 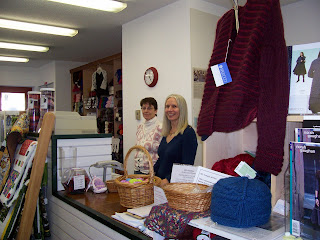 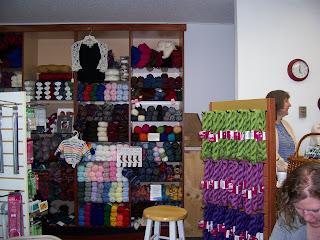 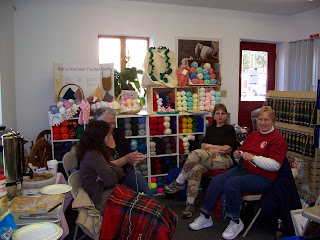 Today I went to my local LYS called New England Yarn and Spindle. Mary, who runs the Knit Wit group I ocassionally join at the library, co-owns it. Today was concetrated on crocheting, but there were more knitters there. Libby Ziegenfuss was a crochet teacher there and I made an appointment to work on color changes. I want to get the dino ghan done for Aiden.

So I took some pictures of the store. It's a cute store. It's been open since January and they are still growing. So if anyone is in the area, stop by. It's in Bristol at 801 Terryville Road (which is just up the street from me) Mary is a spinner, so they have spinning nights, too. They are going to start having UFO Sundays. I'll probably stop up periodically.

It was a very pleasant couple of hours. The ladies who are in the pics are Linda, Anne, Libby and Mami. There is also a pic of Mary and her partner Andrea.
Posted by Gracey is not my name.... at 5:36 PM 2 comments:

Well on the Sky at Crochetville, we are making an Aran. I have always loved the look of these, so I am making one, too. It's gonna take me awhile to finish. I finished my first strip tonight. It went pretty fast, but I haven't tried the diamond strip yet....So am working on that and the RR that I started. I hope to have that finished this week. Have a bunch of small items I want to work on, too.... No new pics though...
Posted by Gracey is not my name.... at 9:03 PM No comments:

New Month - let's get caught up. 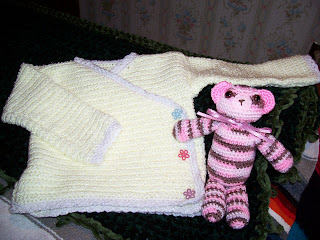 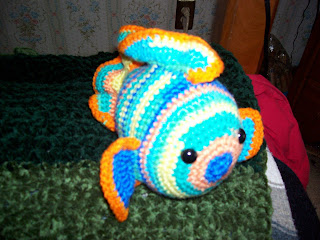 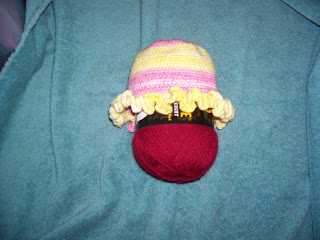 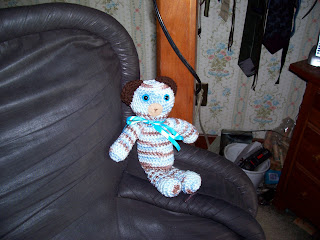 I've made lots of gifts this month for babies...some I've given and some I haven't yet...
I made the blue blanket, blue bear and fish for Danae's daughter Jessica and her new baby Ethan. I made the yellow sweater, little hat and pink bear for a friend from the ville. I still have to send the seater and bear.

Today it snowed again, hopefully this will be the last of it and no more snow days. We are suppose to start the CMT's tomorrow, so busy week...
Posted by Gracey is not my name.... at 8:45 PM No comments: